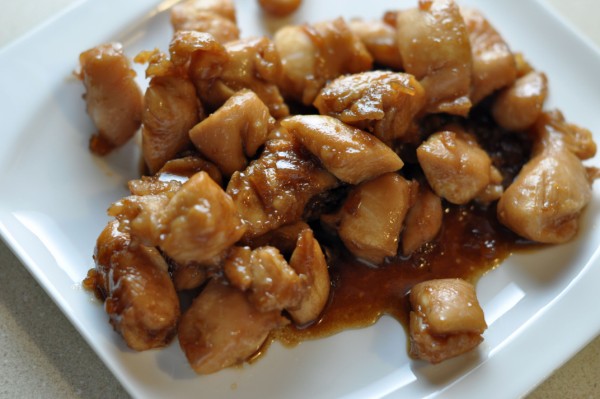 This dish is not actually Chinese. One could perhaps call it a Chinese American dish instead. This dish is actually named after Bourbon Street in New Orleans, Louisiana and for the bourbon whiskey ingredient.

While the technique used to prepare the dish is Chinese, bourbon is not an ingredient you’ll find in Chinese homes, where two types of alcohol are used. One, used for drinking, is a white distilled liquor, called Baijiu. The other, used for mostly for cooking, is an amber fermented rice wine called, Shao Xing Hua Diao. Many have heard the tale of its creation by a Chinese cook who worked in a restaurant on Bourbon Street, but for as much as we would like to add credence to the tale, there is not a shred of evidence to support that claim.

This is a dish that has no history prior to its mysterious appearance in the food courts of America and Canada. As it happens though, this dish is a wonderful meld of sweet and spicy elements that come together quickly. It is a perfect meal to eat on a hot summer night, or even in the cold of winter.